Saturday Patio Music is a FREE event that takes place on our weather-proof & heated patio stage at The MadLife Grill, feat. local artists! 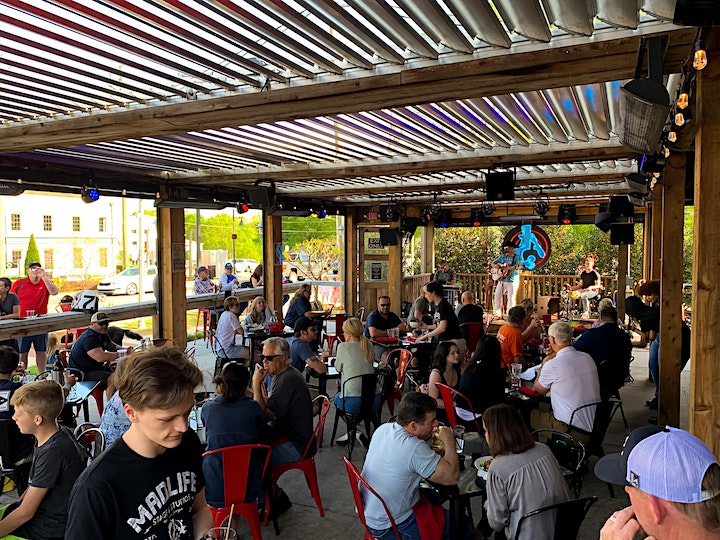 MadLife’s Patio Has Been Transformed!

Music fans have come to love the local and regional musicians who perform on MadLife’s Patio Stage – a vibrant yet intimate music venue in its own right. Our Patio has always been a great place to hang out and enjoy live music when the weather is perfect, but now, it is weather-proof!

That’s right! MadLife’s Patio is now both an indoor and outdoor space, having been transformed with motorized weather shades featuring GIANT windows and gentle fresh air exchange. If the weather is a bit cold or rainy, we simply drop the shades, crank up the heaters and the music lives on! Yes… it is AWESOME!

Now that our Patio can be fully enclosed, we will continue to book your favorite local and regional musicians through the winter months! Be sure to watch our calendar and future emails for MadLife’s weekly patio artist schedule.

Then order a burger, grab a drink and groove with the live music!

See you at MadLife! 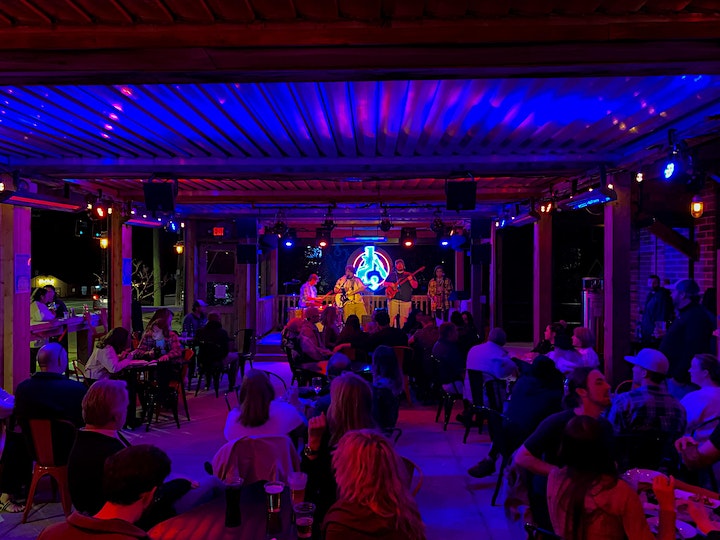 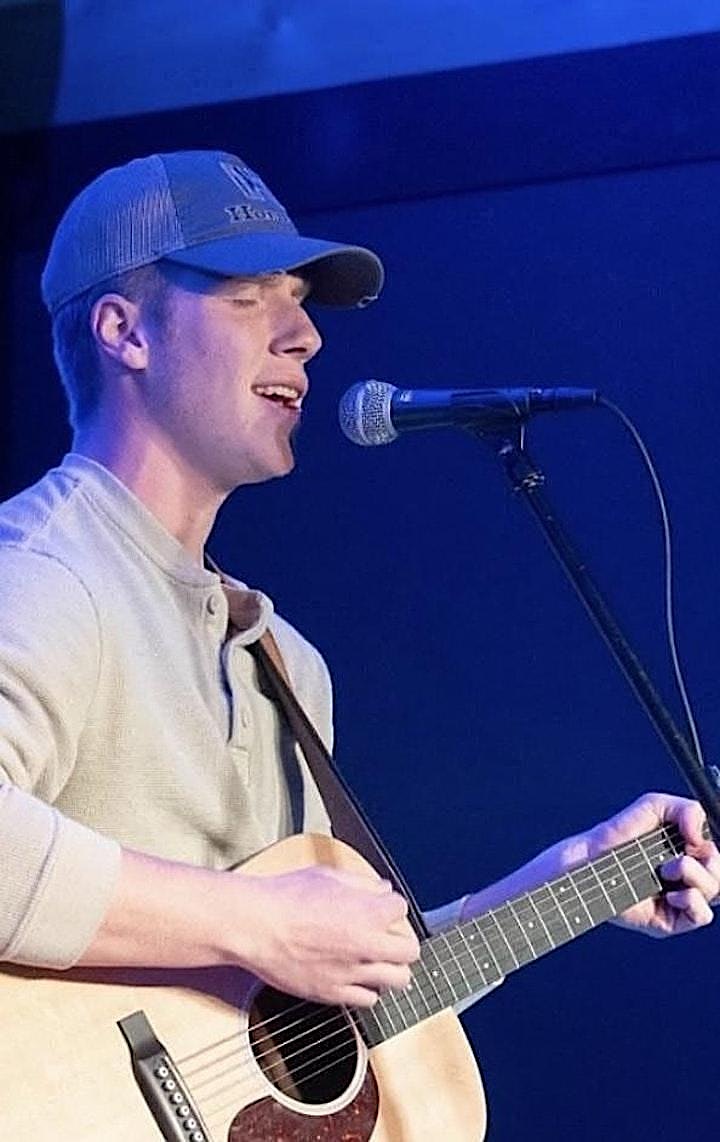 Ben Kimbrell is a Country Singer/Songwriter from Marietta, GA and has a passion for writing thoughtful lyrics with memorable melodies. 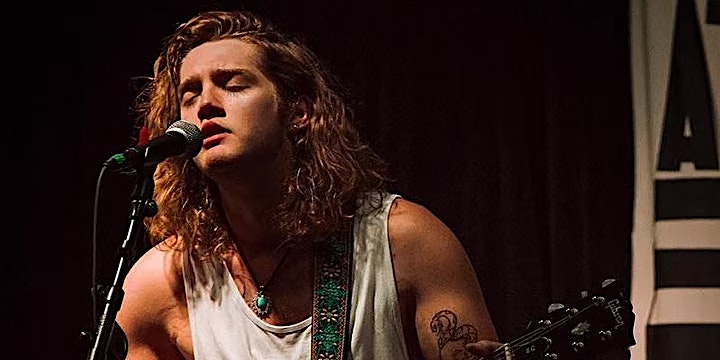 Carter was born into a family with old money and grew up in a life of luxury. Unfortunately, due to poor management and the crash of 2008, the longtime fortune was depleted. When he was 14 years old, Carter’s family moved into a motel and the dramatic lifestyle change profoundly affected his childhood. Music became the only thing that could lift his spirits. Carter’s cousin started inviting him to church, where he realized music could be more than just a hobby. Carter currently is a full-time musician and performs at gigs around town. 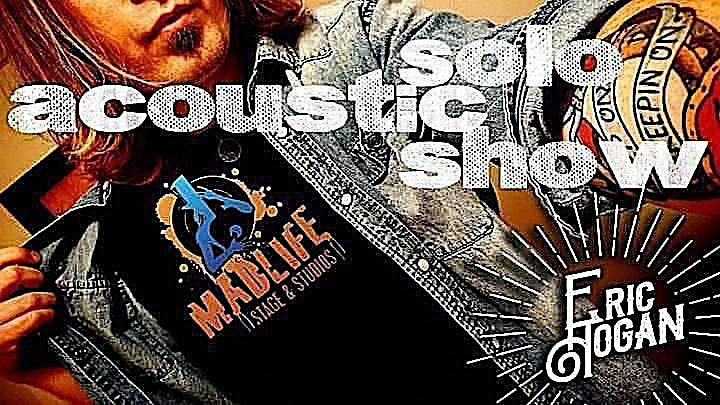 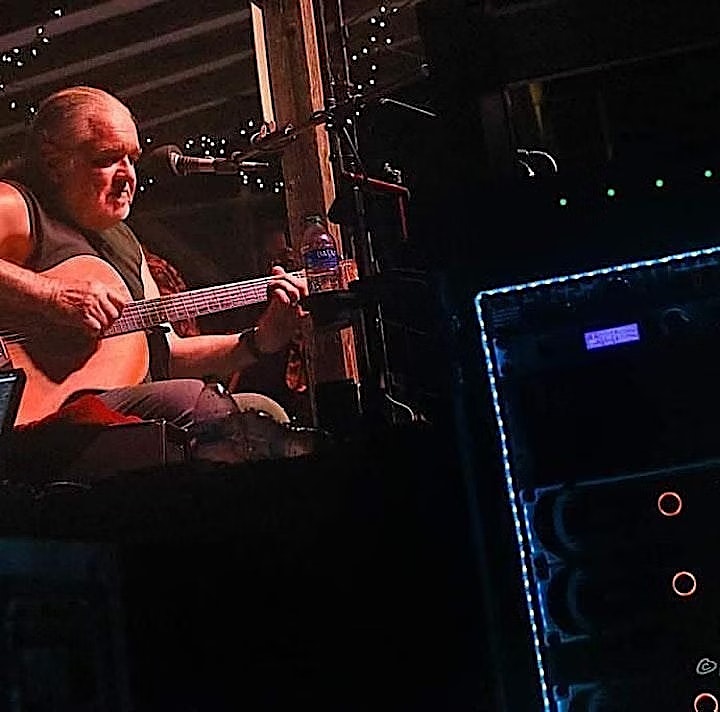 The first CD, “Hurricane Blues”, released in 1994 on Hottrax Records, received, and still is after 25 years, receiving airplay on well over 100 stations across the U.S and globally. The second Hottrax project, “Live From The Eye Of The Storm”, was released in 1996, and is enjoying the same, if not better response than “Hurricane Blues”. In addition to having played between 250 and 300 nights a year for many years, Roger still produces and hosts his own syndicated radio show and podcast. Virtual online performances are now the norm for adapting to the current conditions beginning in 2020.

In 1997, Roger decided that it was time to step to the next level. At the advice of his distributor, he decided to form his own record company, Bluestorm Records. This venture gave rise to the third CD, “The Business of The Blues”. The title track was written about the daily challenges of daily life on the road. Also featured on this CD are 5 acoustic tunes, which started to establish Roger’s acoustic work, which has become a separate entity, and occasional combination with his electric sound. The fourth CD is called “Live At The Stanhope House”, recorded at that legendary blues club in New Jersey. A fifth effort, all solo acoustic, “Pastime” has received critical acclaim, and the sixth CD called “The Ohio Connection” was released in late April, 2004.

Submit Your EPK to Perform at MadLife’s Patio:

Please note the artists will be performing on the patio, not the music venue.

Performance set times vary between start time and length, depending on the artist.

Current hours of operation for our restaurant and patio are as follows: