Countless musicians of far lesser accomplishment have probably made similar statements regarding their own personal creative process, but when the confession comes from John Waite – whose been successfully writing, recording and performing some of the most listenable, enduring and appreciated popular music for more than 35 years – one cannot help but both recognize and marvel at the shimmering legacy of this British born rock star.

The ride began when Waite was tapped as bassist and lead vocalist for the Babys who rocketed to Top 20 chart positions with a pair of infections hits, “Isn’t it Time” from the band’s sophomore LP, Broken Heart in 1977 and the monster ballad, “Every Time I Think of You” off 1978’s Head First. But it was the album’s rhythmically aggressive and seductive title track where fans got their first glimpse of the authentic John Waite, a no-holds-barred rock n’ roll performer devoted heart and soul to live performance and making sure every fan in the audience left the concert hall just as elated and exhausted as the band they’d paid to see.

After John Lennon’s assassination, December 9, 1980, a bizarre thing happened during one of those furious Baby’s performances when John was pulled from the stage by an overzealous fan during an encore. The freak event seriously injured his knee and the group disbanded shortly thereafter. From the ashes of the Baby’s, however, rose an abundant and prodigious solo career, ignited by the well-received release, Ignition, that featured the single, “Change,” which rode the AOR charts for weeks in 1982, the year a new cable channel that would alter the course of popular media culture called MTV launched. At the forefront of its early play list was the video for the Holly Knight-penned track that in 1985, was included on the platinum-selling Vision Quest soundtrack.

John’s next solo effort, 1984’s No Brakes, did exactly what the title inferred, barreling at runaway train speed to international acclaim and U.S. platinum success thanks to the smash hit, “Missing You,” which did not stop until it reached Number 1 on the Billboard’s Hot 100 Singles, Album Rock Tracks and Adult Contemporary charts. The following up single, “Tears” was a top 10 hit on the Billboard Mainstream Rock charts.

Continuing to evolve as both a songwriter and formidable stage presence, Mask of Smiles was released in 1985, possessing a pair of muscular hit melodies, ”Every Step of the Way,” and “If Anybody Had a Heart,” which appeared on the soundtrack to the 1986 motion picture, About Last Night starring Demi Moore. John’s fourth solo LP, Rover’s Return, highlighted by the superlative, “These Times Are Hard for Lovers.” The same season that Bon Jovi was urging two lovers to live on a prayer, John delivered an aortal anthem of timeless resonance. “Baby we can make it ‘cause our love will pull us through/ these times are hard for lovers its down to me and you/Nothing’s gonna break us if we hang on to what’s true, these times are hard for lovers, I believe I you.”

“I don’t have a plan and most of the songwriting is a knee jerk reaction of being alive. I try to speak from an honest place where the listener can both hear and feel where I’m coming from; the job is mine, to help them understand me. There’s a real need as an artist to express who you are and where you’re coming from.”

A long and prodigious career often combines composition and interpretation, like in 1990 when John recorded the Martin Page and Bernie Taupin-penned track, “Deal for Life” for the Days of Thunder soundtrack. But two years prior to that cinematic adventure, superbly performing another songwriter’s work led to one of the biggest hits on John Waite’s illustrious resume. In 1988, a reunion with former Baby’s band mates, Jonathan Cain and Ricky Phillips –along with uber-guitarist Neal Schon from Journey and drummer Deen Castronovo –resulted in the John Waite fronted supergroup, Bad English. And in 1989, the group’s ballad, “When I See You Smile,” – penned by Grammy-winning songwriter, Diane Warren – went to Number 1 on Billboard’s Hot 100 and was certified Gold. The album reached Top Five and sold more than two million units in the U.S. alone. Bad English released two albums before breaking up in 1992.

Since returning to the recording studio and concert trek as a solo artist in 1995, John has produced a string of solid, existentially eccentric, courageously eclectic and blisteringly electric rock n’ roll records, including 1995’s Temple Bar, 1997’s When You Were Mine, 2001’s Figure in a Landscape, 2004’s The Hard Way, 2006’s Downtown: Journey of a Heart and 2010’s In Real Time –an extraordinary live recording that featured burning in-concert realizations of the Baby’s “Change”, “Back on My Feet Again” and “Head First”, not to mention Bad English’s “Best of What I’ve Got” as well as a mind-blowing cover of Led Zeppelin’s “Rock and Roll.” It was this lifelong passion for original Country that inspired John’s sensational 2006 duet with bluegrass legend, Allison Krauss, where the two combined honeysweet vocal forces to remake his international hit, “Missing You.” On February 5, 2007, they performed the song on The Tonight Show with Jay Leno.

John teamed up with Matchbox 20 lead guitarist and songwriter, Kyle Cook in 2011 and their creative chemistry birthed the exhilarating Rough & Tumble, a long form exercise in raucous riffs and bloody truths highlighted by “Further the Sky,” “Shadows of Love” and the Classic Radio chart topping title track, a remarkable feat for any musician to reach number one airplay after three and a half decades in the music business trenches.

All-Access Live hit the streets in 2012 and delivered on all stages of John’s career–solo, The Babys and Bad English. Bearing a dynamic, stripped down sound which shows off his talented three-piece band, Waite demonstrates why he’s considered one of the great rock and roll singers, imbuing the timeless material with saber toothed vitality and kinetic power.

In 2014, Waite returned with Best. Navigating raucous rock, gut bucket blues and country, Waite’s new greatest hits album is a thrilling snapshot representing the inspired artistic breadth of this legendary artist’s entire career tallying more than 40 years on the rock and roll highway featuring re-recorded versions of signature classics, “Back on My Feet Again,” “Isn’t It Time” and “Missing You,” hard-hitting live renditions of “Head First,” “Saturday Night” and “Change” to the more introspective fare of “Suicide Life,” “Downtown” and “Bluebird Café.”

The Wooden Heart-Acoustic Anthology Volume 1 and Volume 2, released in 2015 and 2017, respectively, found Waite exploring yet another dimension to his artistry, his deep rooted appreciation of acoustic flavored music. “The Wooden Heart thing was something I’d wanted to attempt since I started making records. I wrote just about anything that was any good on the acoustic; I always had an acoustic with me wherever I went. It’s actually more of a surprise that I didn’t do something like this sooner.” Framed against stark and stripped down production showcasing only vocals and acoustic guitar, the Wooden Heart records highlighted the core essence of the songs themselves, threading newly penned original compositions, reworkings of some of Waite’s favorite material from his solo career and The Babys alongside smartly chosen covers by the likes of Bob Dylan (“Girl From The North Country”), Donovan (“Catch The Wind”) and Richard Thompson, into an authentic and soul stirring musical statement. “The first release (Volume 1) was done on the spot, a day of recording and a day of mixing. It just happened! I didn’t stop to think too much about anything but feel. It’s what I do best. It was the most natural I’d felt in a recording studio. Two years later, I wanted to record Volume 2 but this time touch on the past. We were playing Wooden Heart shows across America to sold out crowds and I wanted the new release to reflect that with songs like “Isn’t It Time” to In “God’s Shadow” and “Downtown.” I included some of the original masters to make it what it became, an anthology. The Donovan song, “Catch The Wind” was recorded in a converted cowshed in deep winter in Wales five years ago; Hawkwind’s bass player turned it into Foal Studios. The studio was miles from anywhere at the end of a lane so that’s another song I always wanted to try. The Wooden Heart-Acoustic Anthology will continue. There’s endless possibilities to it now the ice is broken.”

With more live shows and new music in the offing, John Waite continues to forge his own singularly personal path, celebrating the present and engaged by the promise of the future. The story is far from over for the Lancaster, England-born rock star/balladeer/storyteller who was inspired onto his musical path by blues, soul and country along with a deep connection to the Celtic folk music of his homeland. 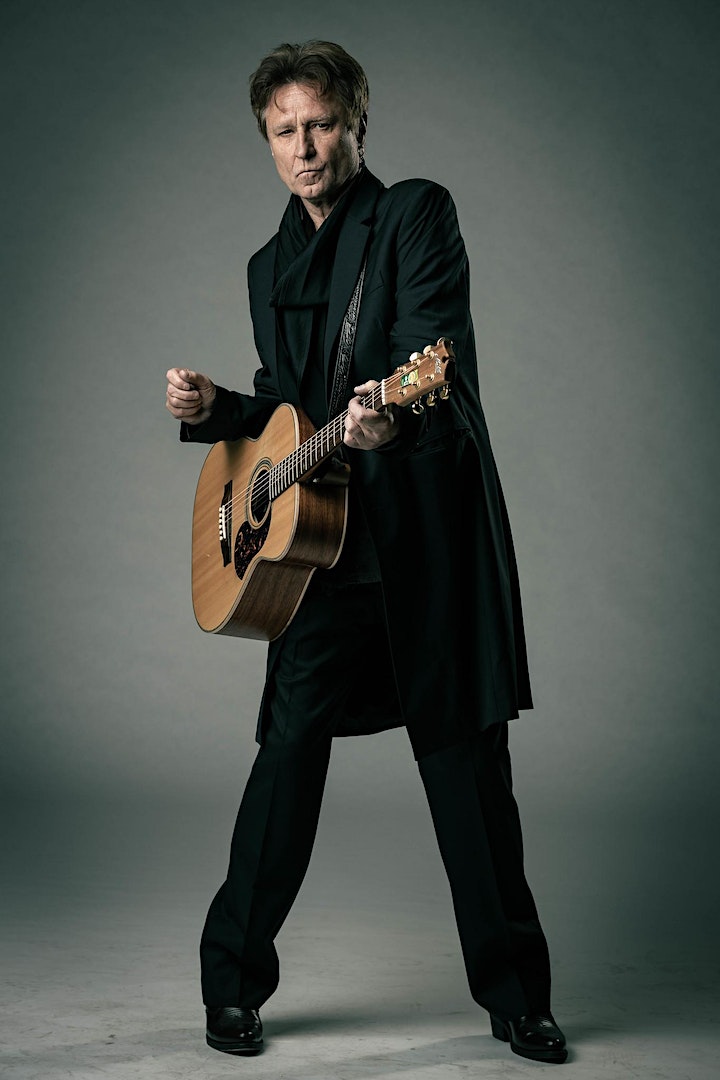 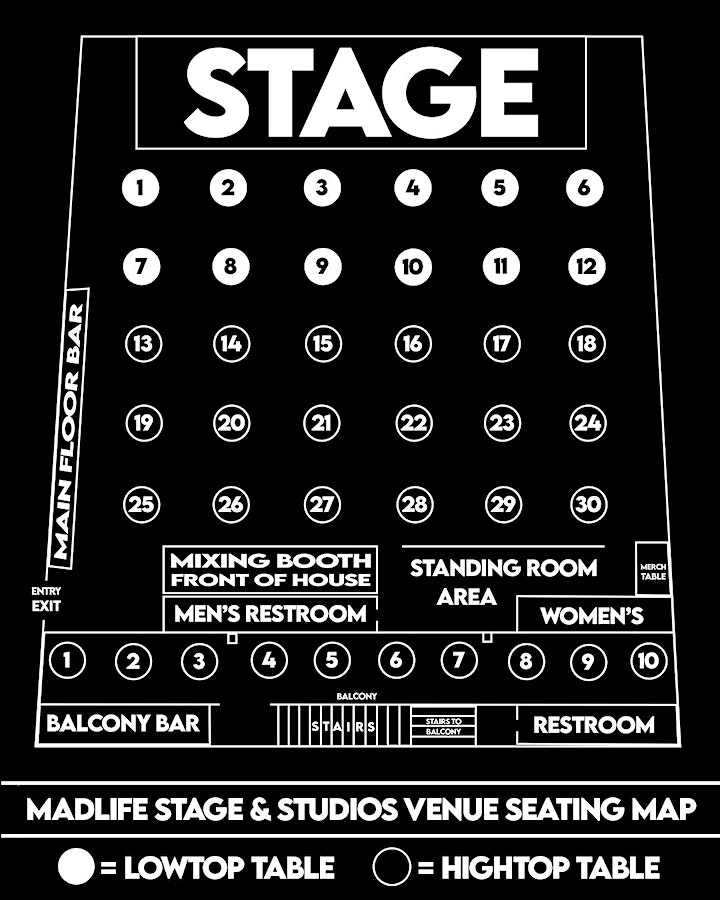